Base Jumper Sets New Record For Good Cause

TWIN FALLS, Idaho Every six minutes and 20 seconds, for just under 21 hours, Air National Guard Capt. Dan Schilling of Orem, Utah, parachuted 486 feet from the rusted steel of the Perrine Bridge into the depths of the Snake River Gorge.

With a 60-ton crane lifting him from the gorge floor and a team of sleepless parachute packers outfitting him for each jump, Schilling jumped 201 times from the Twin Falls, Idaho, bridge between 8:10 p.m. Friday and just after 6 p.m. Saturday.

His effort set a new world record for the most BASE jumps in 24 hours. BASE is an acronym for the buildings, antennae, spans and earth used as a platform for daredevils in this extreme sport.

Schilling, who commands the 125th Special Tactics Squadron based in Portland, Ore., is a special operations officer and master parachutist trained at the Military Special Forces Free Fall School at Fort Bragg, N.C.

A veteran of the ill-fated 1993 raid in Mogadishu, Somalia, depicted in the film ``Black Hawk Down,'' Schilling said the weekend BASE-jumping feat was his most daunting challenge.

"This is the only sport or activity I've ever participated in that absolutely demands that you do everything right at exactly the right time, or you are going to die,'' Schilling said.

The Snake River Gorge has long been a chasm of death-defying lore for thrill-seekers. In 1972, Evil Knievel tried unsuccessfully to hurdle the gorge on a motorcycle in a national television event.

The Perrine Bridge, which spans roughly 1,500 feet in a single arch, is the only manmade structure in the United States where BASE jumpers are not required to get a special permit for year-round jumps.

The sport is more dangerous – and taboo – than skydiving. People jumping out of an airplane have several thousand feet to open their parachutes. The margin of error in BASE jumping is much narrower: Schilling had less than three seconds to pull the cord in each jump Sunday.

Since 1981, there have been at least 100 BASE-jump fatalities around the world, including a May 29 jump at Twin Falls that killed a California woman, according to the World BASE Fatality List, a Web site maintained by a BASE jumper.

At least two of Schilling's jumps were hampered by near-fatal complications, he said in a telephone interview Sunday, while smoking a celebratory Cuban cigar en route to his part-time home in Utah.

On an early jump, Schilling's parachute failed to engage until he was 100 feet above ground, resulting in a violent collision with the river bank. On a subsequent jump, both steering lines snapped off the parachute, but Schilling managed to land in the water. Both occurred in the first two hours.

In the sixth hour, he suffered a severely bruised back and a broken arm.

The record-setting event raised $20,000 for the Special Operations Warrior Foundation, an organization that awards full college scholarships to the children of special operations soldiers who have died in battle.

Special ops personnel, like the 18 killed in the 1993 street battle in Mogadishu, are four times more likely to die in combat that other servicemen, Schilling said.

``That day hit me hard,'' he said. ``I was lucky to survive that day and I realized there that this is a charity I'd dedicate my life too.''

Schilling planned to fly to New York City on Monday, to continue fundraising based on his weekend endeavor. He hopes of raise a total of $100,000.

As Schilling left Twin Falls, with his feat still the talk of the town, fellow jumpers placed the accomplishment in context.

Miles Daischer of Twin Falls completed 57 BASE jumps last year at Perrine Bridge, hiking up the canyon wall after each leap. In January, previous record-holder Gary Cunningham, president of the Australian BASE Association, notched 133 jumps in 24 hours in Malaysia.

``This is new,'' Aiello said. ``But it fits very well into the framework of this sport because BASE jumping is all about surpassing previous limits.''

And he said Schilling's accomplishment can help improve the sport's reputation, now marred by the high mortality rate.

``The best thing these world record events can do is let the public see the positive in our sport, because most of time anyone hears about BASE-jumping it is because someone got injured or died." 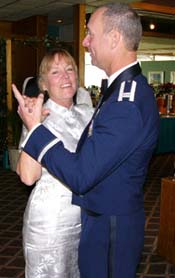